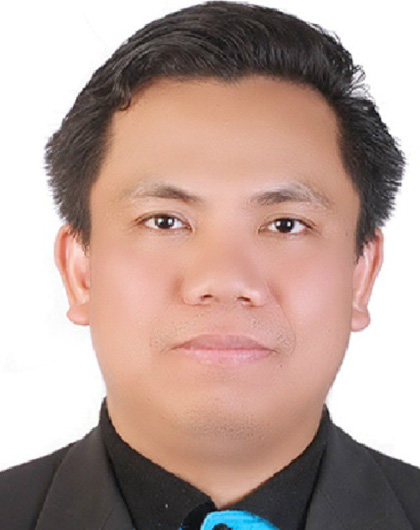 Dr. Arnel Banaga Salgado has a multifaceted expertise in the field of nursing, mental health, teaching and learning, psychology and education. He was trained and certified as a psychiatric nurse - instructor by the National Center of Mental Health (NCMH) when he started his teaching career in the Philippines. Since then, his line of practice both in the nursing service and nursing education is on Mental Health & Psychiatric Nursing. He taught for over twenty-three years various courses in nursing, like Leadership & Management, Psychiatric Mental Health Nursing and Care of Patients with CNS Disorders and Psychology & Behavioral Sciences. He also supervised thesis and dissertations on mental health in both degree and graduate degree programs in several colleges and universities across the globe.

Dr. Arnel Banaga Salgado earned his nursing qualifications (B.Sc. Nursing), his Master of Arts in Nursing (MAN) and his Doctor of Education (Ed.D.) degrees from the Philippines. He practiced as a bedside nurse, as a clinical instructor, lecturer, and associate professor and eventually as a chief nurse and college administrator. He is licensed and qualified to practice in the Philippines (Roll No. 0228576), Malaysia (TPC No. T3394) and the United Arab Emirates (RN010205). At the start of his career as a young nurse, Dr. Arnel took this graduate studies in nursing education majoring in Medical-Surgical Nursing with sub-specialization in Cardiologic Nursing which he finished and eventually awarded his certificate in teaching from the Saint Louis University, Baguio City. Few years after finishing his certificate in teaching, Dr. Arnel decided to try another field, this time in Psychiatric Nursing and Psychology that he practiced until now. Currently, he is completing another Ph.D. in Psychiatric Mental Health Nursing (by research) with a dissertation title, “Mental Health Strain among Nurses of Clients with Mental Disorders in Ras Al Khaimah, United Arab Emirates”. He is currently working on a new model of Nursing Care called “Functional Emotive Existential Model of Care also known as Nursing Care Partnership Model or simply Complementary Model) based on his previous psychological researches and the research that he is currently undertaking.

Dr. Arnel Banaga Salgado is also educated and trained as a school psychologist from the Philippine Normal University (PNU), the premier university for teachers and school psychology in the Philippines. In 2003, he was awarded the Graduate Diploma (equivalent to Master of Arts in Teaching) with specialization in School Psychology. Currently, he is involved with psychometric test and scale inventory development; indigenization of psychological inventories; serves as consultant in the setting up of school psychology and guidance counseling department and conducts counseling and psychotherapy sessions once in a while. Dr. Arnel is credited with the development, validation and standardization of psychometric instrument which he called, Self-Worth Scale Inventory (SWOSI). This instrument is widely used now in the Philippines and other countries to measure the self-worth of students and adolescents. He received his Ph.D. in Psychology (2016). Dr. Arnel also served as psychology lecturer in several colleges and universities in the Philippines, Malaysia and the United Arab Emirates. He also served as a course coordinator of the Psychology program of the School of Foundation and Liberal Studies (SFLS) at Wawasan Open University, Penang Malaysia. His main functions were the development of various Psychology courses and secure approval from the college council and the university senate, then its delivery using the ODL mode. He supervised tutors who conducted sessions, marking TMAs and TGEs. Among the courses that were developed and duly approved by the college council and the university senate were: Strategies & Techniques of Counseling, General Psychology, Health Psychology, School Psychology, Psychotherapy, Psychology of Exceptional Children, Experimental Psychology, Abnormal Psychology, Child Development, Adolescent Psychology, Adult Psychology, Theories of Personality, Organizational Psychology, Cognitive Psychology and Psychology of Creativity. On top of his academic job, he is involved in counseling students, migrant workers and his regular clients. For his civil activities, he is involved with church based Christian clinical counseling apostolate especially among the migrant workers. He has also contributed in psychology journals and publications in the Philippines. Among his writings are Introduction to Psychology which he collaborated with psychology experts, researchers and leaders in the Philippines, the Psychology for Nurses (sole authorship) published by McGraw Hill in 2009. He has presented several papers in local as well as international conferences.

Dr. Arnel Banaga Salgado also received his professional and secondary teaching qualification from the Saint Louis University, Baguio City as an academic scholar of the Regional Science Development Center and Regional Science Teaching Center through the Department of Science and Technology (RSTC/RSDC - DOST) with specialization in Science Education (Secondary). He passed the Licensure Examination for Teachers (LET) given by the Board of Teachers of the Professional Regulation Commission (PRC) with a score of 84.5 %. He served as a science teacher then as a coordinator and eventually as a Principal (Headmaster) of a secondary school department of the Saint James College System, Philippines. He has experiences in the international baccalaureate, A-level education and Foundation studies. He has contributed in the Philippine educational system by writing textbooks, serving as consultants in the setting up of schools as well as authored the Fundamentals of Biology that was published by Mutya Publishing House. He also served as keynote speaker in several conferences. He is also a lifetime member of National Association of Professional Teachers of the Philippines (NAOPT). Now, Dr. Arnel is directly involved in curriculum development and delivery in various educational set-ups, facilitating and training teachers with various teaching methodologies like Problem Based Learning (PBL), Case Based Learning (CBL), and Team Based Learning (TBL).

As an educator, Dr. Arnel is always involved in various committees such as: teaching and learning, student affairs, research, examination and vetting as well as faculty development. He always carried out all his tasks with high degree of enthusiasm and excellence. He wrote several books that include Psychology for Nurses published by McGraw-Hill Education and contributed on writing the Philippine contents for the Oxford Handbook of Nursing and Midwifery series. Dr. Arnel is a lifetime member of the Philippine Nurses association (PNA), the East Asia Forum of Nursing Scholars (EAFONS), Association of Deans of the Philippine Colleges of Nursing (ADPCN) and Association of Nursing Service Administration of the Philippines (ANSAP). He has presented research papers at national and international conferences held at Silliman University in the Philippines, Kaohsiung Medical University in Taiwan and other places. Dr. Arnel is also a school psychologist and a board certified teacher. Currently, he is serving as Editorial Board member in several international journals and book publishers.

Because of his commitment to help in the improvement of himself professionally, he continued his post-doctoral studies eventually earning him a Certificate in Health Informatics from with Distinction from the Health Institute of Informatics at De La Salle University – Manila. He is also training to be a cognitive behavioral therapist, hypnotherapist and special education needs and disability (SEND) specialist. At present, he is completing his Doctor of Philosophy (Ph.D.) in Psychiatric Mental Health Nursing by research. Dr. Arnel credited as the founder of Functional Emotive Existential Therapy.

His contribution to nursing education, research, social and religious advocacies, he was recognized on March 14, 2011 by Saint James the Elder Theological Seminary based in Lake City, Florida, USA by awarding him the Doctor of Science degree, honoris causa. Also on June 27, 2016, he was admitted as a full member of the American Psychological Association (APA) because of his contribution in research and psychometrics and on September 10, 2016, he was inducted to the Honor Society of Nursing, Sigma Theta Tau International (STTI).

Dr. Arnel Banaga Salgado has a multifaceted expertise in the field of Nursing, Education, Psychology and Informatics. He holds Doctor of Education degree (Ed.D.) in Nursing and Ph.D. in Psychology among others. His current research involves the development of a new nursing model called “Functional Emotive Existential Model of Care also known as Nursing Care Partnership Model or simply Complementary Model) based on his previous psychological researches and the research that he is currently undertaking. His research interests are focused on indigenization and development of new psychometric tools and inventories, mental health and hygiene, behavior modifications and alternative psychotherapeutic interventions for students, caregivers, clients, family members and lately development of model and theory in the field of nursing care, caregiving and family health.